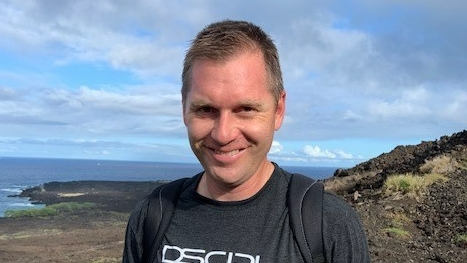 Nathan Foss was running trails with a friend on Vandenberg Space Force Base near Lompoc, California, when he suddenly felt lightheaded and sluggish, with pressure in his chest. He thought he might faint.

“I told my buddy, ‘I’ve got to walk for a minute,’” said Foss, who was 39 at the time. His friend gave him an odd look. A longtime military man, Foss had always been competitive. Normally, slowing down wasn’t an option.

That day marked the beginning of a two-year ordeal for Foss, who commands a space operations squadron in the California Air National Guard. It culminated in open heart surgery at Stanford Health Care on April 7, 2021, when surgeons replaced his damaged aortic valve with his own pulmonary valve. The procedure not only saved his life but kept him eligible for active duty in the military.

Stanford has a reputation for excelling at complex heart procedures and often receives referrals such as these, said Foss’ surgeon, Joseph Woo, MD, professor and chair of cardiothoracic surgery and the Norman E. Shumway Professor.

“There are certain very rare operations that few places besides Stanford even do,” Woo said. 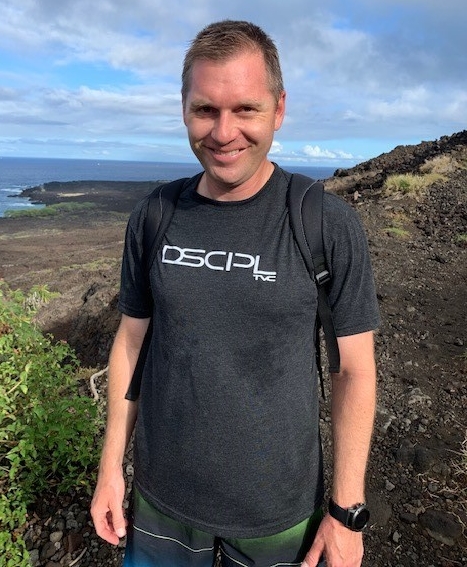 Three months after a procedure to replace a damaged heart valve, Nathan Foss was hiking the Big Island of Hawaii.
Courtesy of the Foss family

Foss, who lives in Lompoc with his wife and two daughters, hiked back from his run on that day in 2019, assuming he just needed to rest. But that night, at the insistence of his wife and a friend who was an emergency room physician, he went to the hospital so his friend could check him out.

“I was waiting for my friend to come in and say, ‘It’s nothing,’” Foss said. “Instead, he said, ‘I’m going to admit you overnight.’” Results from his blood tests were worrisome, and there was a concern he might have a heart problem.

After more testing the next day, Foss was diagnosed with severe aortic stenosis, which occurs when a malfunctioning aortic valve reduces or even blocks blood flow from the heart to the rest of the body. Foss had been diagnosed with a genetic defect called a bicuspid aortic valve during a Coast Guard physical exam when he was 21. At the time, he was told it was nothing to worry about, but as time passed, the defect led to calcification of the valve that caused its opening to narrow.

“They told me my aortic valve was at a severely stenotic state, and I was eventually going to have to get it fixed,” Foss said. Doctors sent him home but recommended he see a cardiologist every six months and monitor his symptoms.

As the months passed, he grew more fatigued. At first, he exercised strenuously, but eventually his runs turned into brisk walks, and he stopped surfing. Then, in January 2021, magnetic resonance imaging showed he had an aneurysm on the ascending aorta. An aneurysm, a bulge on the blood vessel caused by a weakness in the vessel wall, can burst, causing a stroke, brain damage or even death.

Foss needed open-heart surgery to a replace his damaged aortic valve, but first he had to decide what sort of replacement valve the surgeon would use.

Mechanical valves can last a lifetime, but they come with increased risks of blood clotting and bleeding, as well as the need to take blood-thinning medications, which in Foss’ case could spell the end of his military career. Biological valves, which are most often made from pig or cow tissue or tissue from cadavers, don’t increase the risk of bleeding or clotting, but they wear out in about 10 to 15 years, requiring a second surgery. Neither was a great option for Foss, given that he was a relatively young 41.

A heart surgeon in Santa Barbara — about an hour’s drive from his home in Lompoc — reviewed his case. He mentioned a third surgical option, the Ross procedure. First performed by Donald Ross, MD, a British surgeon, in 1967, the procedure is technically demanding and rarely performed.

Because the Santa Barbara surgeon had limited experience with the Ross procedure, he referred Foss to Stanford, a five-hour drive north.

“The Ross procedure is an interesting surgery that happens to have a historical connection with Stanford,” Woo said. “It was actually developed by Norman Shumway, but he never performed it in humans.”

Humans have four heart valves. In addition to the pulmonary and aortic valves, there are the mitral and tricuspid valves, which move blood from the upper chambers of the heart to the lower chambers. The pulmonary valve moves blood to the lungs, while the aortic valve — the hardest working valve — delivers blood to the rest of the body. Those two valves mirror each other anatomically, Woo said.

The Ross procedure made the most sense to Foss. Woo performed the 3½-hour surgery. For part of it, Foss was attached to a heart-lung machine that kept blood flowing through his body.

Recovery was slow, Foss said, but he was fit before the surgery, and that helped. “At first I started walking down my street, then around the neighborhood,” he said. His walks progressed into hikes and mountain biking. Three months after the surgery, he was running a little and soon doing pushups in his office. Meanwhile, he waited for a medical review by the Air National Guard to determine whether he could continue full active duty.

Nathan and Sara Foss in formalwear before an awards banquet at Vandenberg Space Force Base.
Courtesy of the Foss family

By October, the medical review gave him a green light. His heart valves were working great. By December, he was ready to return to surfing.

“At some point in my future, maybe 20 or more years from now, I will have to have another intervention,” Foss said. “But who knows what science will come up with by then? I’m definitely banking on science — and on Dr. Woo, of course.”

Nathan and Sara Foss in formalwear before an awards banquet at Vandenberg Space Force Base.
Courtesy of the Foss family